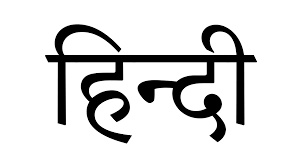 How has the Hindi language evolved over time?

Everything in this world is dynamic in nature. When earth in itself revolves around the sun due to its scientific properties, how can we not imagine things to change around us, with time.

One of such significant evolution can be seen in the Hindi language. Originating from the Indian mainland, Hindi is now the second most popular language in the world.

Hindi, being so popular across India, Nepal, Bangladesh, South Africa and other parts of the world. The language has undergone multiple stages of evolution to be the language of commons that we all use today.

To understand the evolution and journey of the Hindi language better, let us understand the following in three different phases, from its origin till the present day.

Hindi is an ancient language that originated from the Sanskrit language. Initially known as the Bhrami language, Hindi has undergone multiple transitions over the period. Every guru be it Kalidas or Sanskrit gurus, everyone added their own personal touch to the Hindi language.

To understand this concept of evolution even better, let us take an example of the word “Namaste”. What was initially called “Pranam” or “Charan Sparsh” has taken the roads of “Namaste” these days.

And not just that, how conveniently we write Hindi in English alphabets today, is yet another sign of how Hindi as a language has evolved over the years.

With liberalisation and globalisation, the presence and need to learn English as a language was felt as a need of the hour.

This hustle to learn English has played a great role in enhancing the Hindi language that we use today. Be it using Hindi words while English typing or using English words while Hindi speaking is a real-life example of how both the languages have mixed and led to this fusion.

In the current world of digitisation, when digital keyboards are the new normal, the Hindi language has again taken a drastic shift.

Thanks to Bharat Keyboard which has introduced AI-based Hindi Keyboards to communicate in proper Hindi language with each other, with the flavour of technology. The Hindi typing keyboard by Bharat Keyboards offers English to Hindi transliterations, Hindi voice typing, special stickers for the Hindi speaking audience and a lot more.

Embedded with artificial intelligence, the Hindi typing keyboard also offers autocorrect options to rectify your spelling errors and predicts your messages based on past chats.